Difference between revisions of "Newfort"

Newfort, created by Jericho, is a contemporary modification of the game mode called Fortress. It is a team based mode which usually consists of two teams defending their own zone while trying to capture the enemy zone.

The first team to reach 100 points wins the match. Core-dumping your enemy, you receive 2 points which also adds 2 points to the overall team score. Entering a hole created by your own team causes you to lose 2 points. 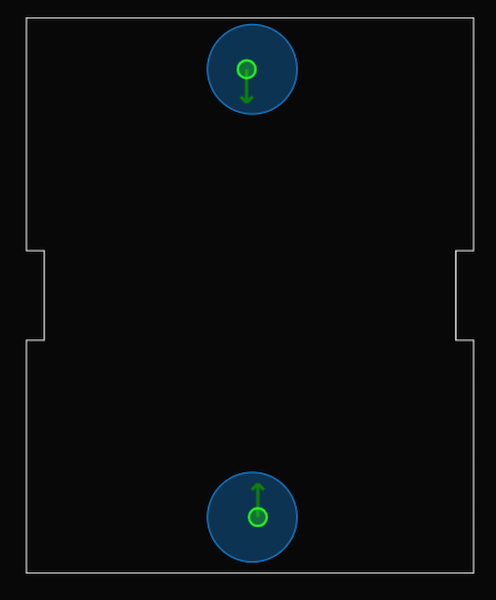 Positions in Newfort are assigned so:

Where # is the number of the position you wish to take. Using just "/shuffle" without a number, will just shuffle you out to the last position.

Attackers/Sweepers usually start from positions #2, #3 and #5. At start they can double grind, a technique that lets them gain a lot of speed, sometimes enough to surpass opponents' sweepers and to reach their base before the defence is completely built. An attacker must have a good timing either to split well after the start, either to beat the enemy defence. Sweepers are those who at start help the defender building the zone protection. After that, they will try to block the enemy attackers, giving their own mates more time to attack the other base.

Usually starts from the position #4, drives along the closest mate's wall until he/she reaches the zone limit. Then begins drawing a square around the zone, as fast as possible.

The differentiation between Fortress and Newfort.