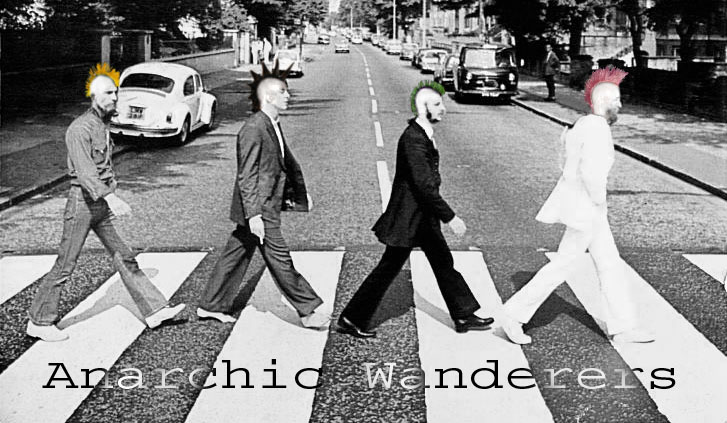 We are evolving. Originally, the Anarchic Wanderers was merely a list of players who wanted to shadowbox fe-clan. Hence, it is not a clan. We managed one game; read about it here. We also played in THE SPOON tournament as one of the strong contenders; we didn't win it... but then again neither did anyone else...
We were strong contenders in the First Tronic Ladle, and we won the Second and Third. Because of the anarchic nature of team, team member lists change... everyone is welcome though...

From Van
Ok this page was getting a little too messy so from now on would anyone who wants to post a message use the talk page.
To use talk page click on Discussion at very top of this page, where I have moved the previous messages, Thank you.

From Rico
Created a page to assemble players/discuss for Kings of the grid or other 2007 tournaments.
Scroll down to find it :)

From Rico
Ive decided to withdraw us from the first AFL due to lack of activity/difficulty grouping players, organisation and the such. Instead, I think we should enter the one after xmas, in the spring or whenever. Sorry about that.

Featherfcuk
Because I'm a damn addict and I want a stronger fix. Also

1000 , I'm tired of the same strategy and would like to try something new..

Armagetron Fortress League wiki page
Kings of the Grid website
Visit Talk:Anarchic_wanderers to discuss tournaments/matches, and who will be playing and where

Please add your Game name, Forum name, and another means of contact if anything comes up (Email, MSN, AIM, Skype, etc)